I love this roasted chickpea snack recipe. Absolutely love it. It’s easy to make but takes a bit of time to cook and is even better if you make it the day before you’re going to eat it.

Allow yourself 1 hour cooking time and you’re good to go. As well as the hour, allow time for the dish to cool down. That’s when it reaaaally gets scrumptious!

Chick peas form such a wonderful part of the vegan diet. You can eat them in so many ways: straight from the jar, stir fried, roasted with or without oil, in hummus, in salads . . . they’re just amazing.

You can even use chickpea flour instead of regular flour for a gluten free option that tastes great and packs a health punch at the same time. Chickpea flour, also known as garbanzo flour, besan or gram flour, is my favourite gluten free flour of them all.

Chickpeas provide an excellent source of plant protein as well as being high in fibre, vitamins and minerals, and are considered a heart-healthy food. They can stabilise the blood sugar levels and are believed to help reduce the risk of cancer.

All in all, chickpeas are my favourite go-to snack or meal ingredient.

Don’t be fooled into thinking a chickpea’s just a chickpea, with little (or no) variation. On the contrary, it took me many years to recognise and accept that the difference in flavour between a tasty chickpea and a less quality chickpea can be huge.

In fact, if you’re unlucky enough to try a poor chickpea as your first introduction, you might even wonder whether you like them. Trust me, and try another type or another brand.

Or better still, cook your own.

You can buy dried chickpeas and cook them at home for the most wholesome option, but this will need a bit of pre-planning as chickpeas, like any legume, take a lot of cooking.

And as I don’t pre-plan, I always used to buy ready to use chickpeas in a jar which are available in every food shop here in Spain.

But that all changed when I discovered that you can cook chickpeas in the rice cooker. Yaay! I’m so happy! Gone are the jars of chickpeas! Healthier, tastier and cheaper!

And less rubbish to throw away.

In other countries you can get them in tins, but I haven’t had much experience with the tinned varieties, and on the one occasion that I bought a tin in Holland, it was actually so horrible I didn’t even eat them.

When I first tried them, I thought I must have bought some other type of legume – until I checked with Google translate.

They were indeed chickpeas but they weren’t nice. They were small (nothing wrong with small per se), and dry and hard and pretty tasteless.

So, make your choice and then keep experimenting until you find the best ones for you. Especially if you’re making a hummus for example, the flavour will be completely different (and much more tasty) with a good brand of chickpea.

How to Serve this Delicious Chickpea Snack

I like to eat this cold just as much (if not more!) as I do hot, so I make it (and eat a little of course!), let it cool, then eat it the next day, served at room temperature with a gluten free wrap.

If you don’t have an hour to spare, you can add chickpeas to this delicious tofu scramble and have a similar snack in just minutes, which will also taste good hot or cold.

You can make this in one baking tray so it’s really one of the easier dishes. It goes really well in a buddha bowl, or as one of a variety of salads, or in a gluten free pitta pocket or wrap or just as a bowl of yumminess!

I like to serve this with a hot ‘n spicy tomato sauce and a sour tahini sauce (made with plant milk, a dash of apple cider vinegar and tahini). You can also just serve it with a normal tahini sauce, but I like the thickened and sour version for variation.

For other sauces to go with it, take a look at these essential plant based sauces.

If you take a look at the end of this post, you’ll see the oil free version of this recipe, which I love to eat alongside some chunky roast vegetables.

This would also go well with homemade hummus on the side! (Now that would be a double whammy of chickpeas!)

It’s just one of those delicious things that you can eat in so many ways, you’ll end up just loving it.

How to Make this Roasted Chickpea Snack Recipe

Ok, so drain and rinse your jar of chickpeas and put them onto some kitchen paper so that they dry out and pat them dry.

Next, put a little bit of olive oil into a baking tray and heat it in the oven at 190ºc. Chop 1-2 eggplants/aubergine into chunks of about 2 cm and place into the baking tray and into the oven.

Leave to cook for 10 minutes, then take out the tray, sprinkle the aubergine with some cumin, salt, and a curry blend of your choice. I used a Balti Masala and that was great. I recently bought a Garam Masala that I don’t like the flavour of at all, so it really depends on finding a brand that you like.

If you prefer not to use a spice blend, cumin & coriander will do the job just fine.

Sprinkle on a dessert spoon of lemon zest (the yellow peel of the lemon, grated very finely and without the inner white pith, which is bitter).

Put back into the oven and leave to cook for another 25 minutes or until the whole cooking time is about an hour, checking occasionally and stirring half way through the time.

Turn off the oven and leave the roasted chickpea snack to cool down in the oven. Serve at room temperature alongside a spicy tomato sauce and a cool tahini sauce or with hummus and pita pockets or gluten free wraps.

You could also make a variety of salads and have this as one of them.

Place the chickpeas into a baking tray lined with baking paper. Bake in the oven at 190ºc while you prepare the rest: chop 1 eggplant into 1 cm cubes and 1 tomato, also into small cubes.

For the tofu, I like to use tofu that’s been frozen and then thawed because it results in a much drier and chewier version of tofu, which is great for some recipes (and not so good for others, like salads for example).

Squeeze all the extra liquid out of the tofu and cut it into small cubes.

Add all the ingredients into the baking pan, sprinkle over some cumin, a spice mix of your choice, or some coriander and some chilli powder. Squeeze over the juice from half an orange. Sprinkle with salt and return to the oven.

Come back in about 15 minutes to check how everything’s coming along, and give it all a stir. Taste to check the salt level is correct.

If it’s beginning to look dry, it’s time to pour over half the aquafaba liquid and mix the whole lot well. Use your discretion – the amount will depend on how much quantity you’re cooking. You want it to be moist but not sitting in liquid.

If you limit your chickpea mix to half the baking pan, you can roast some veggies in the other half.

All veggies work this way and I’m particularly impressed with the flavour of roasted cabbage, and of course eggplant & zucchini but they’re only to be expected!

Roast the veggies in the same way: first with a squeeze of orange juice, then later in some aquafaba. And don’t forget the sprinkle of salt! Maybe for the cabbage isn’t so necessary to add salt, but for the eggplant it’s essential.

Serve the roasted veggies alongside the roast chickpea snack and top with cashew nut sauce for a delicious, nutritious, easy meal. 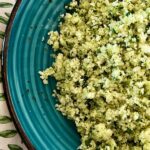