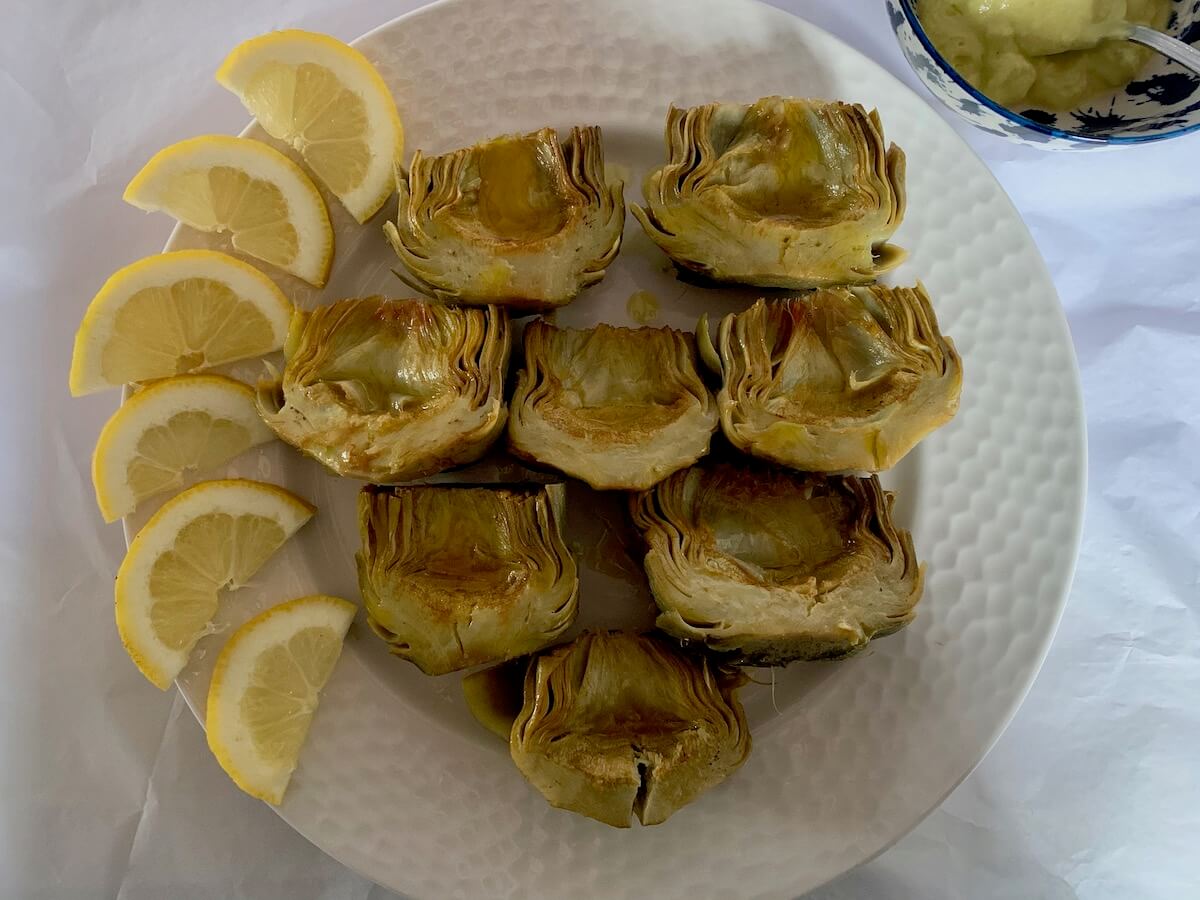 I first learned this tasty recipe for cooking artichokes when I was living in Italy many years ago. I’ve probably changed it slightly over the years, but the inspiration is still from those hazy days in the lull of Tuscany air, back in the 90’s.

This recipe uses the smaller, elongated artichokes that are widely available in southern Europe, as opposed to the big fat round ones that are more common in France and the UK. With the large, fat artichokes you can’t eat the whole thing like you can with the smaller version – the Mediterranean artichoke.

This dish makes a perfect starter or tapas dish, but I like eating them at any time of day! Even as my main meal, because I’m such an artichoke fan.

Artichokes are in season in spring, and along with the fried broad bean tapas recipe, I could eat this every day in spring.

How to Prepare an Artichoke

If you aren’t familiar with how to prepare artichokes, you can read about it in more detail here, or more briefly below.

For this recipe, cut off the stem (I take off the outer skin and cook it with the rest). Peel away and discard the outer leaves around the base of the artichoke. For the next layer of leaves, bend the leaf and pull it off so that the base part, which is edible, stays on the artichoke.

Next, cut off the top of the artichoke, roughly half way down. There’s always a lot of leaf-waste, but that’s just necessary because it’s too tough to eat, and you want to be left with the soft part only or you’ll spoil your artichoke meal with too many tough leaves if you’re not careful.

Wash the artichokes and cut them in half lengthwise. Then, take a teaspoon and scoop out the tiny bit of hairy ‘choke’ which you’ll find in the centre of the artichoke.

There are many ways to cook fresh artichokes.

In its most simple form, they can be boiled whole in lightly salted water. When soft through, drain them, hold them upside down and squeeze so that all the liquid comes out and serve with olive oil and lemon juice.

To eat whole artichokes, you have to peel each leaf off and scrape it against your teeth to get the edible bit. When you get to the softer inside part, you can eat the heart. This is the normal way of eating big fat globe artichokes which are too tough to eat any other way.

Apart from boiling whole, these artichokes can be prepared by cutting off all the tough parts and then fried in thin slices or in a (gluten free!) batter, or baked straight in the oven. They can also be chopped up and cooked with onion in olive oil to use with pasta or rice, or added in thin slices when making a vegan paella dish.

But for today’s recipe, the artichokes get boiled in lemon-oil-water until all the water has evaporated and the artichokes are left to ‘fry’ a little in the remaining olive oil.

This Recipe for Cooking Artichokes

Place the artichoke halves into the bottom of a saucepan, face up, and squeeze over the juice of half a lemon. Next, pour some extra virgin olive oil to ‘fill’ up each half of artichoke. Carefully pour in water until it’s level with the height of the artichokes.

Add a little salt in the water. Salt is important as it brings out the flavour of the artichoke.

Bring the water to the boil, cover and simmer for about 10-15 minutes. After that, remove the lid and keep checking the artichokes with a fork to see if the artichokes are getting soft.

As the timing will vary depending on the size of your artichokes, it’s impossible to give a set time. Just keep checking the artichokes. If the water level is dropping too fast, put a lid back on the pan and keep simmering.

Normally the timing works out just right if you have the water to the top of the artichokes, so that they’re cooked exactly when the water is running out.

But sometimes, you might have too much or too little water; it’s just a matter of keeping an eye on them. If they’re rock hard and the water’s evaporated, just add a little more boiling water, but it’s very unlikely this will happen if you filled it to the height of the artichoke in the beginning.

More likely is that you find them getting soft while there’s still a lot of water in the pan. In that case, either remove the lid earlier on in the cooking or turn up the heat to high so that the water starts to boil rapidly and evaporate away.

When the water’s all gone, turn the heat down to medium and let the artichokes ‘fry’ for a couple of minutes in the remaining olive oil in the pan.

Remove the artichokes and put them on a serving dish or on individual plates, with a slice of lemon and some vegan mayonnaise or cashew sauce. You can use this tasty recipe for cooking artichokes as a starter, a tapas or a main course.

I like to eat them with slices of homemade gluten free bread or with this vegan Spanish omelette.

If you liked this recipe, you won’t want to miss our other one, this Italian inspired, delicious recipe for cooking artichokes.

This is a tasty recipe for cooking artichokes, which can be served as a light lunch, a starter or a tapas. 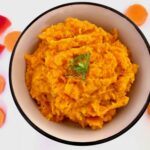 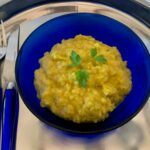 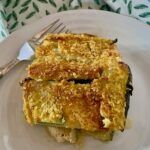 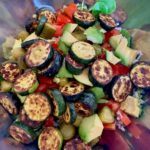 2 thoughts on “Easy Recipe for Cooking Artichokes in Olive Oil”