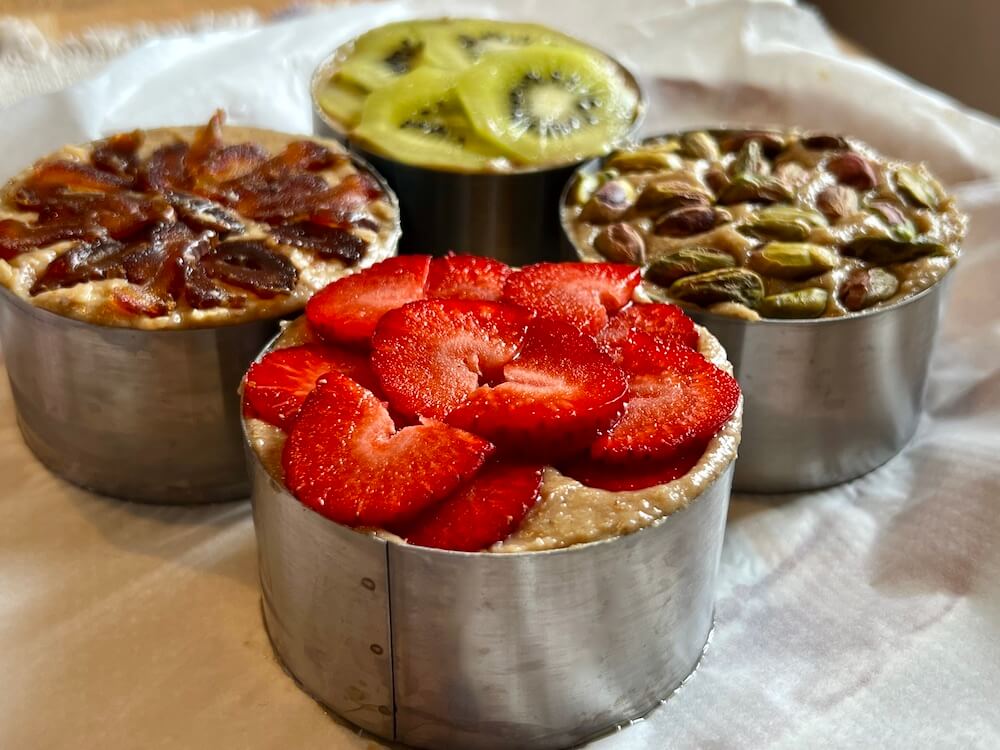 This post will show you the easiest way to make the most delicious raw vegan gluten free no-bake cheesecake you could ever wish for.

I did that for years.

Thought I didn’t need them in my life.

Well, yes and no.

They seem to be a hassle if you aren’t used to making them. And because you don’t make them every day, they become a mañana, never-quite-happens, kind of thing.

But once you get out of your comfort zone, you’ll find these raw sweethearts aren’t actually all that difficult to make after all.

They aren’t quite as simple as these oil free chocolate brownies, but that would be almost impossible to beat because they’re just a matter of a one bowl mix-and-bake kind of event.

Is this a Specific Recipe or a General Guide for Raw Vegan Gluten Free No-Bake Cheesecake?

The goal of this post isn’t to give you a specific recipe that you can make exactly the same, but rather to give you the tools to make it your way.

You can adapt it.

No, actually you need to adapt it.

Grab the things you have and throw them together.

Add more dates if you want it sweeter. Extra cashews to give more luscious cheesecake. Skip the caramel topping, whatever . . .

You know what I mean?

You don’t want to be worrying whether you’ve put enough of this or that ingredient in it – no, you want to creating an invention to suit the occasion every time you make them.

And the trick lies in just a few pointers.

No, it’s not difficult.

But as a caveat, you’ll probably feel like it’s a bit difficult the first time you make these just because, well you know, how damp actually should this base be? How sweet do I want this filling? Will these desserts actually set ok. Does my filling even taste right. . . ? and so it goes on.

And once you get a taster for these impressive looking beauties, you’ll realise that you can make them over and over again. Guaranteed.

And you can make them much more symmetrical than I do if you want! I just like to throw them together and let them take a general shape. But you can smooth them off and make them picture-perfect if you prefer.

That’s the same with my favourite energy protein balls – I just make them into rough balls instead of perfecting their symmetrical beauty. Why is that, I wonder? I mean for me, that’s enough. More isn’t necessary.

So the purpose of writing this is to introduce you to the beauty of making raw vegan treats and give you the wings you need to fly with it.

In fact, since writing this post I’ve also fallen in love with this raw vegan caramel chocolate cake, so I guess it’s just the beginning.

It’s just like opening a door. Once you’ve walked through it, there’s no going back.

Or like knowledge. When you know something, you can’t un-know it.

And so it is with this.

You can play with it. Make it your own. Do whatever you want.

Make it sweeter or less sweet; harder or softer; bigger or smaller. Use walnuts, pecans, hazelnuts or almonds, cashews or pine kernels or a great big mix of nuts.

Give these sweeties a fatter base or a thicker cheesy part. Top with caramel or leave without.

There’s just no limit once you have the basic method nailed.

If you make them following these steps, you’ll find they’re not very firm when you first put them together and they do need to be put in the freezer to firm up.

What You’ll Need for the Cheesecake Part of the Dessert

Ingredients For the Caramel Date Topping if Using

A bit of decoration on top doesn’t just make this dessert look pretty. It also gives the individual cheesecake some extra flavour. You can use almost anything as a topping; these are just a few suggestions.

Putting it All Together

You could make one tart-sized vegan cheesecake or you can make 4 smaller sized ones. I used cheese moulds to make these 4 and each one is larger than a portion because this is a very rich dessert.

Note: for a firmer version you can add coconut oil to all the layers. Coconut oil goes solid in the fridge so it acts as a solidifier for recipes like this. I prefer not to add it, but purely from a calorie and fat point of view.

Ingredients for the Base

Directions for the Base

Ingredients for the Filling

Directions for the Cheesecake Part

Ingredients for the Caramel Topping

Directions for the Caramel Topping

Serving and Storing this Vegan Cheesecake

It’s important not to serve this cheesecake immediately. It needs to go into the freezer for 1-2 hours to firm up. Otherwise it will be soft like a pudding rather than a cheesecake.

It’s a very rich dessert so I would cut it into small pieces and serve like that rather than give someone the whole individual cheesecake. One of these cheesecakes cuts nicely into 8 small pieces, with 2 pieces being served per person. Admittedly, if you like sweet things, you may want more than that, but I found that to be just about the right amount.

Keep your cheesecake in the freezer and take it out just before you want to serve it. It can be sliced straight from the freezer but the flavour will be impacted so it’s best to remove it a little while before eating.

I hope this post helps you to create this delicious all-natural treat for an awesome dessert or sweet cake whenever you feel that indulgence coming on! 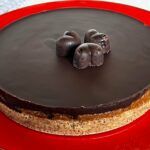 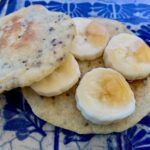 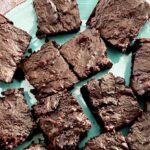